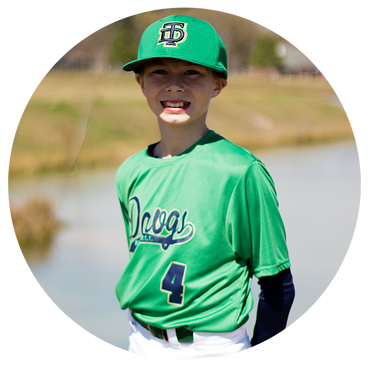 BASEBALL BIO > Hunter comes into the 2020 Dawgs spring season aiming to get a hit in every game and to steal a lot of bases. That is a lofty task, but with Hunter’s combination of speed, hustle and skills anything is possible. He has already hit 2 inside the park home runs.

Hunter is a good baserunner and plays smart by being aware of the situation on the field. Hunter has gone 4 for 4 and in a rare occurrence was able to pull off a double on a bunt. Hunter is excited for what’s to come on the Dawgs as he loves playing baseball and has good coaches that know a lot about the game. Alpha Kid is hungry to learn more.

LIFE BIO > Hunter is from Fulshear, TX and roots for the Houston Astros. His favorite player is George Springer and he also roots for Alex Bregman. Hunter also enjoys playing football. When he watches football he really enjoys the Texans and the Seahawks and his favorite fottball player is  D.K. Metcalf. Hunter enjoys being outside and playing any sport,.

When Hunter isn’t playing sports you will find him playing video games and listening to music by his favorite artist, Post Malone.  Hunter loves to watch the TV series “A Football Life”. Hunter’s favorite food is pizza with his favorite drink is Gatorade. His favorite school subject is P.E. and something many don’t know is that Hunter can speak Spanish.

Hunter’s role models are his parents and in the sports world he looks up to Kyler Murray. Hunter has 7-year old twin brothers Bryce and Cole and also has a dog named Dash. His favorite place to visit is Cancun and his coolest moment off the baseball field is meeting Jose Altuve. Like a true sports fan Hunter’s favorite saying is “You’re killing me Smalls” from the Sandlot. 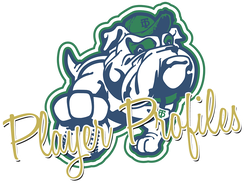