Become a Dawg, coach for the Texas Dawgs, donations, sponsorships, general questions or comments we are here to assist you. 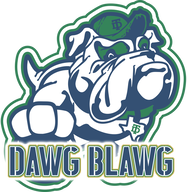